Virtual Private Networks (VPNs) have been talked about a lot lately whenever the topic of internet security comes up. Put simply, a VPN is a private connection between you and a website that can’t be spied on or tracked.

Often organisations like hackers, employers, and even government will be able to see which websites you’re accessing, where you’re logging on from, and what data is being sent back and forth between your computer and the web; this might include passwords, bank details, or medical info that should remain private.

VPNs work on any desktop or mobile device, including laptops, phones, and tablets. While using a VPN app, any traffic from your device connects to the desination web server via the VPN provider instead of directly from device to web server. If a hacker wanted to see what data you were typing in on a website, or what images the website was loading for you for example, they either wouldn’t see anything at all or may see a lot of encrypted text impossible to decode.

VPNs are often set up to connect business networks together – In this case the tunnel is between your home computer or remote laptop and your practice server. Connections like this are secure and convenient, and can be used on unsecured public Wi-Fi which would otherwise not be as safe.

One notable downside of using an encrypted VPN connection is that is slows down your internet. For some people this might not be noticeable, because the VPN server they connect to is geographically close to them or the connection isn’t congested with other users. If you do see bad speed drops, try a closer Australian server. (This will depend on which VPN service you have) 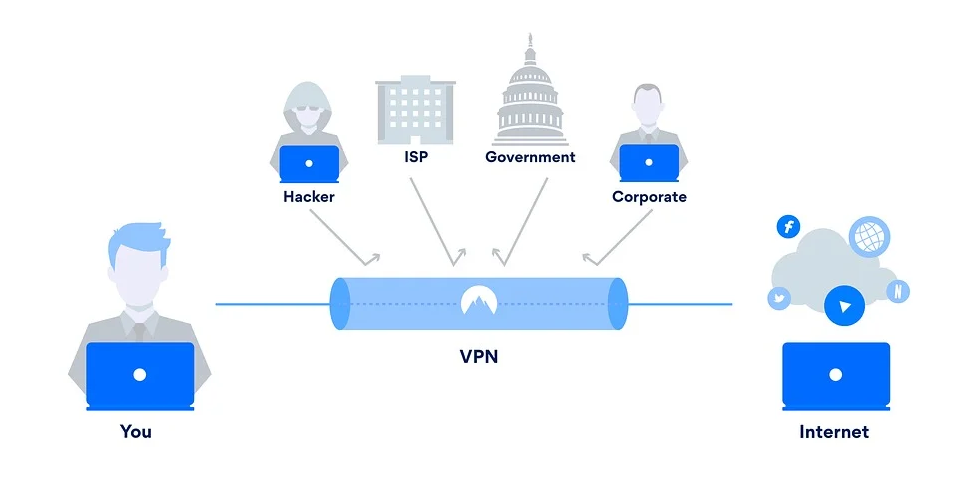 We have been complacently using the Internet much the same way in which we always have, just browsing as carefree as can be. True, viruses and Malware have made us more cautious, but not much has changed. Whether it’s for security, a convenient connection to work, or just to trick Netflix into letting you watch American shows, a VPN is something everyone should consider, and a great first step if you’d like to stay anonymous online.